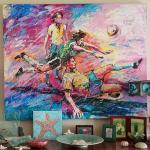 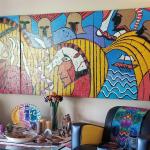 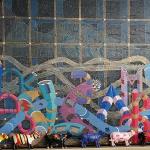 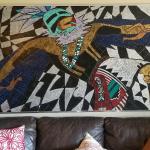 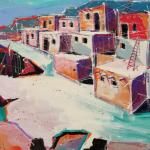 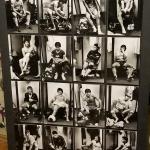 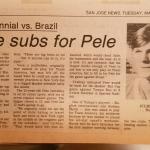 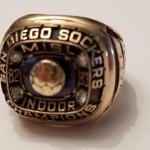 In anticipation for the 2018 MASL Ron Newman Cup we arranged to meet with one of the all time legends of arena/indoor Soccer, Juli Veee. He invited us to his home and we had the pleasure of talking for two hours about everything from his defection from Hungary to his thoughts about the Major Arena Soccer League and the San Diego Sockers today.

It became necessary to edit the interview for time considerations and here we talk about Juli’s time with the San Diego Sockers, the year that he spent playing in Las Vegas, What he’s been doing since his retirement, and the Sockers today.

Juli came to the Sockers at the very beginning in 1978. He was a key member of the team right away. The Sockers were an instant force on the outdoor field with a eclectic roster of players from around the world. They lost four consecutive semi-final games outdoors. Before the Sockers began playing indoors, Juli spent one season with the dominant team in the new MISL, the New York Arrows. He played alongside some indoor greats, Ade Coker, Branko Segota and Steve Zungul among others that season and won an MISL Championship in New York. After coming back to San Diego and playing the outdoor season, the NASL decided to play an indoor season.

The Sockers first season indoors was not spectacular, but the following indoor season 1981/82 they went on to defeat the Tampa Bay Rowdies for their first indoor title. After the next outdoor season, the NASL chose not to play indoors, so the Sockers and two other NASL teams petitioned the MISL to join their season. The Sockers won the 1982/83 championship vs. the Baltimore Blast and then moved back to the NASL.

Having two consecutive titles now they went on to beat the mighty New York Cosmos for their third championship in 1983/84. The NASL then folded and San Diego became full time members of the MISL.

Juli was traded to the Las Vegas team for the 1984/85 season, but San Diego again beat the Baltimore Blast for their fourth title.

The Sockers continued their run in 1985/86 with Veee back in the line-up. They faced the Minnesota Strikers in the Finals and fought back from a 3-1 deficit to win that title 4 games to 3. San Diego was shocked by the Tacoma Stars in the 1986/87 season and the Dallas Sidekicks won the title.

In Juli’s final season, 1987/88, San Diego rebounded and fought through a 56-game season going 42-14. They met the Cleveland Force and swept them 4 games to 0 to win their sixth Championship in seven years.

After Juli retired, he continued to concentrate on building his world-class collections of signed books and photographs. He also spent time painting some very unique and impressive works of art, some of which hang today in his home.

Juli has an amazing collection of Sockers memorabilia, too, that he keeps in his home.

Juli Veee has maintained a relationship with the San Diego Sockers and has been a regular attendee at the Sockers Legends Night each season.

He was an outstanding host and it was my pleasure to sit down with him talking about his life experiences. The portions of the interview that have been edited will be made public early in this off season.

I want to take this opportunity to thank all of the guests I’ve had on Ponto Off the Wall this season. Each and every one of them were nothing short of extraordinary. There are plans to continue during the off-season.

I also want to thank Director of Marketing & PR Jonathan Greene as well as General Manager Sean Bowers, who could not have been more helpful. The Sockers staff welcomed me and my crew in and made us feel like a part of the team, and provided us with unfettered access to the players for these interviews.

I also want to thank Eddie Trujillo for compiling the accompanying player highlight reels, and my producer, Tim Suttie.

I hope you enjoy this walk through some history of the game we all love so much.

Finally, I want to thank Juli Veee. We had an outstanding time visiting with him all morning.

One thought on “The (Really) Big Interview with Double Deuce, Triple E, the One and Only Juli Veee”